WOCo is delighted that James Davies is joining our 24 strong Emerging Artists programme in 2015. James will take on the role of Gianni Schicchi. 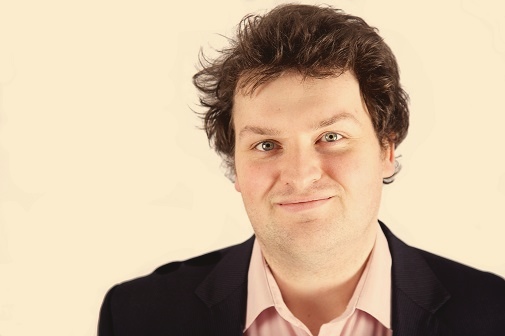 Welsh baritone, James Davies, graduated with a BMus from Birmingham Conservatoire and is continuing his studies on the postgraduate course at the Royal College of Music, studying with Peter Savidge. He has appeared as King Balthazar in Menotti’s Amahl and the Night Visitors, Hob in the rare Vaughan Williams opera The Poisoned Kiss, Schaunard in scenes from Puccini’s La Bohème, Danilo in scenes from Lehár’s The Merry Widow, Second Priest in Mozart’s Die Zauberflöte, Bastien in Mozart's Bastien und Bastienne, Aeneas in Purcell's Dido and Aeneas and Lloyd George in the world premiere of David Blake’s Scoring a Century, with world renowned director Keith Warner. James also joined the chorus of British Youth Opera for their 2010 performances of Puccini’s La Bohème. On the concert and oratorio platforms, James has performed Orff’s Carmina Burana, Stainer’s Crucifixion, the Requiems of both Duruflé and Fauré and Butterworth’s A Shropshire Lad. Whilst studying at the Conservatoire James was the winner of the 2009 John Ireland Prize and a finalist in the 2010 Mario Lanza Society Opera Prize.

James is grateful for the support of the Old Breconians Society. He is also an RCM scholar supported by a Douglas & Hilda Simmons Award. www.jamesdaviesbaritone.com